Did this puzzle surprise you?

How could Gork and Zork ever reach their spaceship?

The ancient Greek philosopher Zeno maintained that it was impossible for someone to walk to the end of a path because they need to pass through the following distances:

This requires to complete an infinite number of tasks, which, Zeno states, is impossible. This is a paradox, that is, valid reasoning with a logically unacceptable conclusion.

Infinity in your hand

Imagine doing this forever (you need a good imagination!)

Now imagine cutting out all of the infinite shaded pieces and joining them together to form a single shape. How big would the new shape be?

The sum of fractions we’ve been playing with is a series. A series is the sum of numbers in a pattern. Our pattern is that we get the next term by multiplying the previous term by 1/2.

Can an infinite series have a finite sum? Is there a sum for our series?

What did you learn? 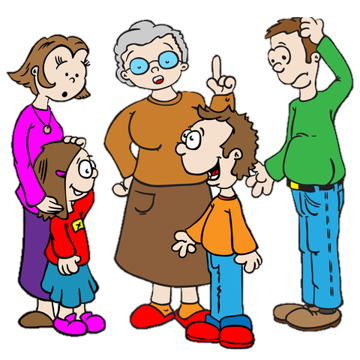 What did you learn about infinity?

Share your learning with others, so they can experience math surprise and insight as well.

LearnX.ca is an Ideas that Travel dissemination project. (c) 2020, 2021. All rights reserved by authors.